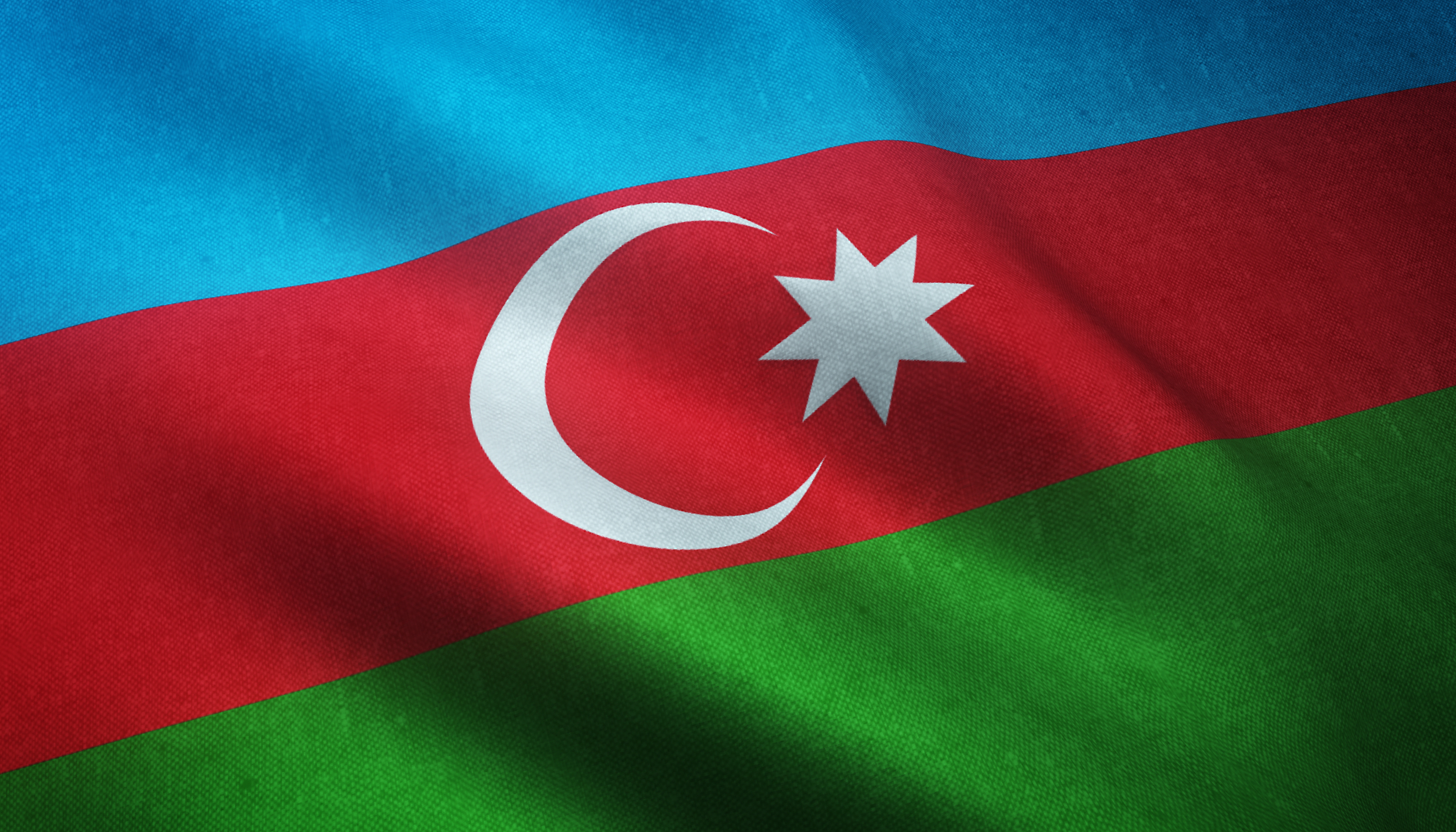 Background of the Conflict

Nagorno Karabakh conflict is one of the ongoing conflicts in today’s world. At the eve of the dissolution of the USSR, the tension mounted in the territory. It was followed by the invasion of Nagorno Karabakh and seven adjacent districts by local Armenian forces.[1] Despite the fact that in 1993 the United Nations Security Council (UNSC) adopted four resolutions (822, 853, 874 and 884) regarding the situation in Nagorno Karabakh, the resolutions have not been fully enforced yet. The UNSC demanded unilateral withdrawal of Armenian armed forces from the occupied territories of Azerbaijan Republic.[2] Particularly, the UNSC demanded occupying forces to withdraw from Kelbadjar, Agdam, Zangelan and other recently occupied territories respectively in its Resolutions 822, 853, and 884. The Preamble of the Resolution 874 explicitly recognizes in and around Nagorno Karabakh region as a part of Azerbaijan.

Heavy clashes began between two sides on 27th of September in 2020 and it is regarded as the highest point since ceasefire, which was signed in May 1994. While heavy clashes are going on the conflict zone, Armenian forces have attacked civilian objects far from the conflict zone. Attacks have been made in the directions of Tartar, Ganja, Khizi, Mingachevir, Barda and some other towns. The most tragic ones of these attacks happened on October 11 and 17 in Ganja and on October 29 in Barda. 10 civilians died as a result of the bombardment on October 11[3] and 13 civilians died as a result of the latter one.[4] In Barda, approximately 21 civilians were victims of the missile attacks in the town centre.[5] According to General Prosecutor Office of the Republic of Azerbaijan, in total more than 90 civilians died as a result of shelling between September 27 and October 29.[6] During the mentioned period of time, 392 civilians were wounded, 2406 civilian houses, 92 apartments and 423 civilian work places were damaged.[7]

The bombardment of civilian objects is war crime under international humanitarian law and Armenian official authorities bear responsibility for it. Hence, there is a question “based on which norms it is considered war crime?”.

War crimes are defined in Article 8 of the Rome Statute which is founding treaty of International Criminal Court (ICC). According to Article 8, (i) willful killing; (iii) willfully causing great suffering, or serious injury to body or health; (iv) extensive destruction and appropriation of property, not justified by military necessity and carried out unlawfully and wantonly against persons or property protected under the provisions of the Geneva Convention of 1949 are considered as war crimes. Article 2 of the Fourth Geneva Convention states that the Convention applies to all cases of armed conflict which may arise between two or more of the High Contracting Parties. Article 4 of the Convention defines who are the protected persons under the Convention and Article 5 determines derogations from this protection. Nationals of a State Party who has not been suspected of or has not engaged in activities hostile to the security of the State have protection under the Convention. Both Azerbaijan and Armenia are parties to the Convention since June of 1993.[8]

In addition to this, Armenia is a party to the Additional Protocol no. 1 to Geneva Conventions. Article 1 of the Protocol states that The High Contracting Parties undertake to respect and to ensure respect for the Protocol in all circumstances. Part IV of the Protocol is dedicated to provisions regarding civilian population. Article 48 sets out the basic rule and responsibility for states that Parties to the conflict shall distinguish between the civilian population and combatants and between civilian objects and military objectives at all times and their operations may be directed only against military objectives. Article 50 provides a definition for civilians and civilian populations. Article 51, paragraph 4 lists what is considered as indiscriminate attack. First and foremost, attacks which are not directed at a specific military objective is considered to be indiscriminate.[9] Such attacks are prohibited by the Convention and is a grave breach of this Convention, which leads us back to the definition of war crime in Article 8 of the Rome Statute.

Officials of the Republic of Armenia are responsible for all the war crimes committed on the territory of the Republic of Azerbaijan including the war crimes, which are committed with the use of missiles fired from outside Armenia’s territories. While the ballistic missiles are fired from the territory of Armenia, there are attacks coming from occupied territories where a puppet regime so called “Nagorno Karabakh Republic” is ruling. However, having this regime in the occupied territories of Azerbaijan does not remove the responsibility of Armenian officials. The Republic of Armenia and its officials have responsibility as the actions of the regime in Nagorno Karabakh are attributable to the Republic of Armenia.[10] It is to be mentioned that according to Article 8 of the Articles on State Responsibility adopted by the UN International Law Commission (ILC) “the conduct of a person or group of persons shall be considered an act of a state under international law if the person or group of persons is in fact acting on the instructions of, or under the direction or control of, that state in carrying out the conduct.” The European Court of Human Rights (ECtHR) sets out that a contracting state’s responsibility covers “the acts of local administration which survives by virtue of” its support.[11] In Chiragov and others v. Armenia, the Court assessed the degree of control of Armenia over Nagorno Karabakh and surrounding territories. In this regard the Court concluded as following: the “NKR” and its administration survive by virtue of the military, political, financial and other support given to it by Armenia which, consequently, exercises effective control over Nagorno-Karabakh and the surrounding territories”.[12] According to the statement made by the same Court in Cyprus v. Turkey, it can be concluded that this control makes Armenia responsible for the conduct of the regime in Nagorno Karabakh. The same can be said according to Article 8 of the Articles on State Responsibility adopted by ILC. It must be concluded that the conduct of the puppet regime in Nagorno Karabakh is considered as an act of the Republic of Armenia as the regime is under the control of Armenia. Therefore, Armenian officials cannot escape from responsibility for the war crimes committed with weapons fired from outside the Republic of Armenia.

As it was in Darfur case, ICC can exercise its jurisdiction and investigate war crimes committed in the towns and cities of Azerbaijan with regard to the fact that Azerbaijan is UN member.

Use of Prohibited Weapons

Yet the war crimes committed by Armenian official authorities does not end here. Armenian forces used Scud missile to bombard Ganja city.[17] It directs us to Article 8, paragraph 2 of the Rome Statute. It states the other serious violations (other than the ones mentioned in paragraph 1) of the laws and customs applicable in international armed conflict, within the established framework of international law. Moreover, the provision lists the acts. Among these acts, subparagraph (xx) reads as following: employing weapons, projectiles and material and methods of warfare which are of a nature to cause superfluous injury or unnecessary suffering or which are inherently indiscriminate in violation of the international law of armed conflict, provided that such weapons, projectiles and material and methods of warfare are the subject of a comprehensive prohibition. Scud missile is to be considered as a weapon of that kind as the use of Scud missile by Iraq have been condemned by many states. It is stated in the fifth chapter of Canada Law of Armed Conflict Manual that the weapons which are indiscriminate in their effect are prohibited.[18] It further clarifies that a weapon is considered to be indiscriminate if it may strike or affect civilians or civilian objects without distinction. Then mentioning as an example.[19] Israel also gave Scud as an example of weapons of mass destruction which can kill civilians indiscriminately.[20] The UK Foreign and Commonwealth Office also condemned Iraq for the use of Scud missiles and related it that “these missiles are not precision weapons and clearly intended to hit civilian targets”.[21] USA is another state condemning the use of Scud missile. It accused Iraq for the use of “indiscriminate Scud missile”.[22] In our view, use of Scud missiles by Armenian armed forces to hit Ganja city is analogical with the case of Iraq launching Scud missiles against Israel and Saudi Arabia. In Ganja city too, Scud missile was directed against civilians and civilian objects and caused only civil casualties.

The bombardment of civilian objects in Ganja by Armenian armed forces fall under the definition of war crimes listed in the Rome Statute. As it has been experienced in the case of Darfur, ICC may exercise its jurisdiction as the crimes were committed on the territory of Azerbaijan although neither Azerbaijan, nor Armenia is a State Party to the Rome Statute.

[4] “Number of civilians killed and injured as a result of shelling with heavy artillery the settlement of the population in Ganja city by armenian armed forces”, available at: https://genprosecutor.gov.az/az/post/3047, (last accessed 23 October 2020).

[9] Protocol Additional to the Geneva Conventions of 12 August 1949 and relating to the Protection of Victims of International Armed conflicts, 1125 U.N.T.S 3, Article 51(4)(a).

[10] Annex to the letter dated 3 February 2020 from the Permanent Representative of Azerbaijan to the United Nations addressed to the Secretary-General, 10/68-18/68.